Some Wild Ideas from Geoffrey Batchen 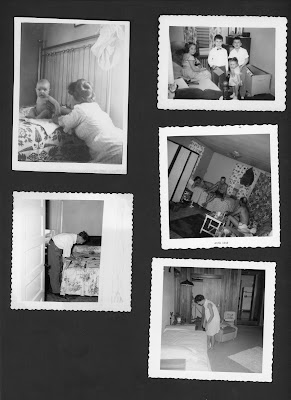 One of my favorite books on photography is Geoffry Batchen's Each Wild Idea. The book contains 9 essays wrestling with the histories of photography. My favorite chapter, not surprisingly, is on vernacular photography. Batchen's work attempts to elucidate the "complex matter of photography's conceptual, historical, and physical identity." He continues,
"Morphology is another of those issues that most histories of photography ignore. Indeed, the invisibility of the photograph, its transparency to its referent, has long been one of its most cherished features. All of us tend to look at photographs as if we are simply gazing through a two-dimensional window onto some outside world. This is almost a perceptual necessity; in order to see what the photograph is of, we must first repress our consciousness of what the photograph is. As a consequence, in even the most sophisticated discussions, the photograph itself--the actual thing being examined--is usually left out of the analysis. Vernacular photographies tend to go the other way, so frequently do they exploit the fact that the photograph is something that can also have volume, opacity, tactility, and a physical presence in the world. In many cases, the exploitation involves the the subject of the photograph's intervening within or across the photographic act. These subjects make us attend to their photography's morphologies, and thus to look right at rather than only through the photograph. In this sense, vernacular photo objects can be read not only as sensual and creative artifacts but also as thoughtful, even provocative meditations on the nature of photography itself" (Pages 59-60).
One of the trajectories of this show means to highlight is the physical nature of the photograph. Batchen's text was released in 2001, and since then the digital revolution has only picked up speed further minimizing the physicality of photographic objects. The vernacular photographic objects that I have collected over the past few months and will show intend to highlight the diversity from this relatively young medium. Varying in sizes and processes, the objects mounted in artifact trays, encapsulated in drawers, bins etc intend to suggest the physicality of the photo object. It has been interesting to me in this process the varying sizes, papers, and processes that were quickly cast away as the technology of photography advanced. Fewer and fewer sizes of film and prints were available over time to where we are now, if we print our images at all, have the options of 3.5x5, 4x6, 5x7 etc. Some of my favorite photos that I have collected are the smallest ones that are 2x3ish.
Posted by rstander at 8:43 AM