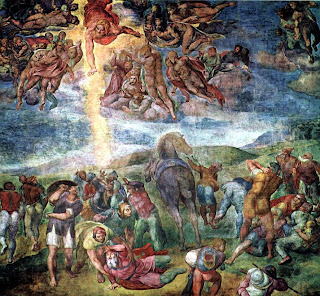 Widely known in theological and liturgical circles is the axiom “lex orandi est lex credendi.” Which translates roughly into the law/rule of praying is the law/rule of believing.” Essentially the way we pray shapes what we believe. But this also functions inversely as well where what we believe shapes how we pray.

Recently I was a bystander in a conversation where a woman explained that she had been praying for God to speak to her about the “why’s” and “what’s” of her discontent, the “when’s” of its end, and the “where’s” of their social location. As I sat and listened I wanted so badly to interject this bit of liturgical and theological wisdom into her prayer life. I do not what to diminish the sincerity of her petitions, and yet, all three of her questions are focused on herself and her circumstances. From the perspective of this axiom, what we pray will affect how we think God will or must act, which ultimately dictates who we assume God to be.

A while back I spent some time studying St. Paul’s conversion as recorded in Acts 9. Verse five records Saul asking in reply to the voice, “Who are you lord?” The question struck me. How simple. And yet, how profound. Who are you lord? The text states, “The reply came, "I am Jesus, whom you are persecuting.” Paul’s question to his interlocutor brought about a revelatory disclosure. S/Paul’s perception of God and Jesus became radically enlarged through this event thus altering his practice of prayer and faith. By praying and asking God the simple question, “Who are you Lord?” would seem to make an inviting space for God’s self revelation breaking into what may have grown into a very narrow lex orandi est lex credendi situation. It suggests an openness to who God is beyond our rigid presuppositions. Without devolving too far off course, if we add in Calvin’s dialectic of knowledge where knowledge of God brings about a clearer understanding of self, we also see that by inviting God’s revelation as Paul did, radically shifts our perception of ourselves in the midst God’s grand story. The question, “Who are you” invites God’s revelation of self, which cannot be separate from God’s purposes for the Church and world. Upon receipt of such revelation, all other secondary questions, such as the woman was asking, are reframed accordingly.
Posted by rstander at 11:03 AM

Email ThisBlogThis!Share to TwitterShare to FacebookShare to Pinterest
Labels: theological musings
Newer Post Older Post Home
An axis of access is a sacred place which our life revolves around. We hold them dear in our memory. They thrive in our imagination. They root us to this world. (To read more about the nature of this blog read the originating post from 08.07.07)