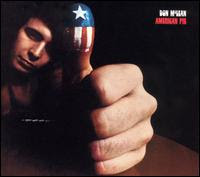 Don McLean’s "American Pie" is legendary and interpretations abound. But upon hearing again a few times recently I began to wonder about the role of the “levee” and “sacred store” that are central to the song. Many sense the loss of innocence culturally for the nation that was quite apparent during the late 60’s when the song was written. The corporate reality is experienced individually and this is McLean’s autobiography of loss and disorientation.

It is this loss and disorientation that captured my attention in my most recent listening. Paul Tillich has told us that symbols have a life not unlike ours: birth, life, and death. They grow at opportune moments and die at others. Symbols die because they no longer produce the same response in the group where they originated.[1]

Those things which once symbolically oriented McLean and on a larger scale society have gone away leaving many, including the singer, in a great disorientation.


“Oh, and there we were all in one place, A generation lost in space”
While space was being conquered, what was becoming of that generation? Those things, ideas, people which guided them were being lost. This verse seems to suggest that the whole generation is lost and free floating in the limitless universe with little to nothing firm to hold on to.

“The church bells all were broken.And the three men I admire most:The father, son, and the holy ghost,They caught the last train for the coast”
Religion surely played a part. Historically, we see the rise of J.J. Alitzer’s death of God theology was even captured on the front page of Time magazine on October 22, 1965. McLean’s lyrics suggest that God has left his people. In terms of orientation and sacred space, the symbolic idea of God, whether a personal being or vague otherness has lost all meaning for this generation.

“I went down to the sacred storeWhere I’d heard the music years before,But the man there said the music wouldn’t play.”
Embedded within these lines is an attempt to return to innocence (sacred store) where perhaps the love of life had once been kindled. Perhaps it was for McLean the origination of his love of music. And yet the return to these ideas no longer functioned in the ways they once did. They did not give comfort or inspire.

“And they were singing,"bye-bye, miss american pie."Drove my chevy to the levee,But the levee was dry.And them good old boys were drinkin’ whiskey and ryeSingin’, "this’ll be the day that I die."this’ll be the day that I die."”
The well-known chorus is perhaps suggestive of the hopelessness that ensues without orientation and the loss of the symbolic. The levee which holds in the rush of life-giving water was now dry. This place which once an invigorating spring now offered no refreshment or solace.

Email ThisBlogThis!Share to TwitterShare to FacebookShare to Pinterest
Labels: music, sacred space
Newer Post Older Post Home
An axis of access is a sacred place which our life revolves around. We hold them dear in our memory. They thrive in our imagination. They root us to this world. (To read more about the nature of this blog read the originating post from 08.07.07)