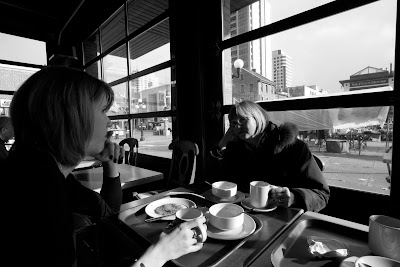 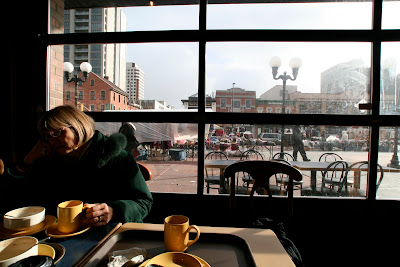 One of the days I spent the entire morning walking an shooting and then met up with Karina and her mother Lydia at the Notre Dame Cathedral for a Eucharist service and then headed out for lunch. These two images were shot at the little lunch spot in Old Ottawa. Outside was a small market where the vendors were forced to cover and uncover their wool hats and gloves every few minutes as a snow shower would pass. 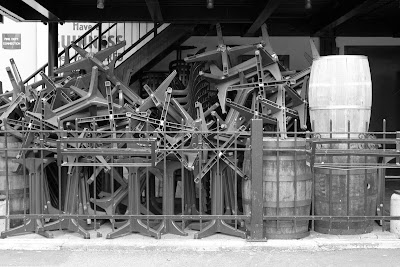 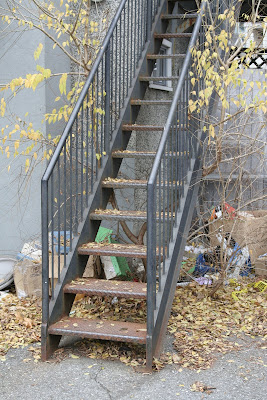 This shot came from the back of a pub. All the chairs from their summer customers outside has been piled up for the winter.

This shot was a few blocks from the cathedral. As I was shooting I was nearly run over by the woman who lives here. She was rather wary of my presence and questioned my intent with taking photos of her stairway.
Posted by rstander at 8:01 AM

Email ThisBlogThis!Share to TwitterShare to FacebookShare to Pinterest
Labels: misc., photography
Newer Post Older Post Home
An axis of access is a sacred place which our life revolves around. We hold them dear in our memory. They thrive in our imagination. They root us to this world. (To read more about the nature of this blog read the originating post from 08.07.07)