Catholicity and the New Topographics II 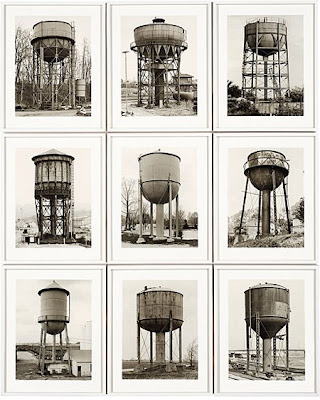 
Sheldrake’s first chapter wrestles with complexity and diversity of place which makes it very difficult to pin down in theory and perhaps in practice as well.

Essentially, place “refers not simply to geographical location but to a dialectical relationship between environment and human narrative. Place is space that has the capacity to be remembered and to evoke what is most precious.”[1] Sheldrake is already weeding through common misconceptions of place as simple location as is used in common language today. Secondly, Sheldrake accurately points out the dialectic between the environment and humanity and its reciprocity. Humanity shapes and cultivates its environment which simultaneously impacts its local residents. Sheldrake also leans heavily upon narrative structured remembering and history accounts through Paul Ricouer. A third component of Sheldrake’s theology of place is rooted, to use a metaphor of place, in the evoking of what is precious. What is precious and how does this work? Memory and imagination, formed in the liturgy by the Eucharist will likely play a prominent role in answering these questions.

As I considered the “dialectical” component of Sheldrake’s work, I began to think about Genesis and the creation stories. God offers Adam dominion over creation and not domination. But in our technological age, have we lost the understanding of the “give and take” relationship we have with the environment? Has the earth become another means toward personal and global fulfillment? Another entity that those in power enact said power upon? Do we only recognize the reciprocity in the midst of tragedies such as the tsunami, hurricanes, tornados, and draughts?

So as I am reading Sheldrake’s work again I am continuing to direct my thoughts toward the New Topographics. In the introduction to my paper I’ve written,

“In 1975, William Jenkins, the Assistant Curator of 20th Century Photography at the George Eastman House gallery convened a landmark exhibit titled, “New Topographics: Photographs of a Man-Altered Landscape.” The ten invited photographers,[2] each with a distinctive approach, shared a common aesthetic through which they worked. By shifting their lenses from the pristine and Edenic West found in the work of Ansel Adams and Edward Weston, they focused a documentary-like objective gaze upon the emerging banality of place under the shifting weight of industry and consumptive patterns. In turn, they ushered in a profound alteration in landscape photography. Despite the absence of humanity from the images, their work speaks prominently of anthropology and the human imprint upon the landscape.”

The subtitle caught my attention today after reading Sheldrake…”Photographs of a Man-Altered Landscape.” If you have not seen any of their work, a common feature is the lack of actual humanity. I cannot recall any images of humanity even being in the show. But the human foot/fingerprint is readily present. Here, most prominently is one half of the dialectic; human imprints upon the world. Only, in a few of Robert Adams photographs, are we subtly aware of nature’s push back into human endeavors.

Email ThisBlogThis!Share to TwitterShare to FacebookShare to Pinterest
Labels: books, new topographics, photographers, theological musings
Newer Post Older Post Home
An axis of access is a sacred place which our life revolves around. We hold them dear in our memory. They thrive in our imagination. They root us to this world. (To read more about the nature of this blog read the originating post from 08.07.07)