Catholicity and the New Topographics III 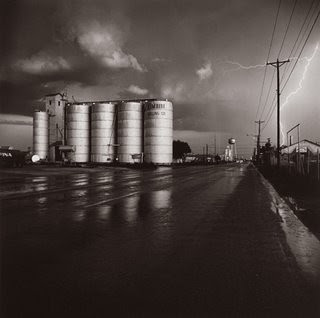 I want to set up a little art historical context for the New Topographics since it is vital to their understanding and how I will ultimately address them.


It is widely commented that the New Topographics were reacting against Ansel Adams’ F/64 group which drew its name from the aperture of the large format cameras used by Adams, Imogen Cunningham, Edward Weston and others of the group to capture sharpness in both the fore and background. Beaumont Newhall, the photography historian, notes that the F/64 group emerged as a later movement within straight photography as a reaction against the sentimentality of pictorialism.[1] The early straight photographers picked up as their slogan “form follows function” so that their photographs would actually look like photography. This was done in response, as noted above, to pictorialism which “forced photography to emulate the surface textures of pictures made by other media.”[2] What emerges is a new sort of objectivity and realism through a “hands-off” approach. Edward Weston wrote, “the camera should be used for a recording of life, for rendering the very substance and quintessence of the thing itself…the approach to photography is through realism.”[3]

Kelly Dennis suggests that the work of Weston and Adams’ images of unspoiled wilderness have often served utopian ends for Western myths and ideology.[4] This idea of the American Eden is prevalent in responses the F/64’s work. Chris Burnett’s recent paper at the College Art Association draws upon the work of Louis Marin and the contradictions of utopia in human imagination in Utopics: Spatial Play[5] (first published in 1973, just two years before the New Topographics exhibit). Burnett’s term, “degraded utopia” emphasizes the contradictions of “everyday scenes coexist[ing] with simulated landscapes…[to] reveal their mutual utopian destiny as both a ‘good’ and ‘no’ place.”[6]