Catholicity and the New Topographics IV 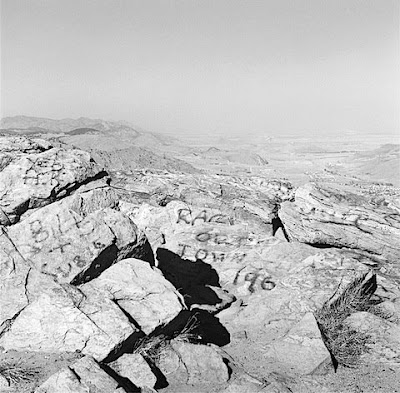 Continuing on with my previous discussions of the New Topographics connection to the F64 group of Ansel Adams and others...

It is not as though the New Topographics rejected the F/64’s objectivity or realism, rather brought it through its logical progression under the weights of mass media, consumption and conceptual art. By utilizing similar methods, the New Topographics turn the intention of the F/64’s utopian vision into ironic statements about anthropology and their interaction with the environment. Thus in comparison to the work of Adams, their work follows postmodern turn of deconstruction and demythologizing.

A facile illustration elucidates this difference by comparing a few iconic works between Ansel Adams and the New Topographer Robert Adams (both sets of images I have chosen to compare are unfortunately hard to find). At a casual glance the compositional and subject similarities emerge between the formers From Glacier Point, Yosemite Valley in 1927 and the latter Adams work called Near Willard, Utah from 1978. But their similarities fade quickly upon the realization of the once alive, now “replanted” pole with its brass identification tag in the upper left hand corner ironizes the human fingerprint upon and within what appears at first a pristine landscape. A similar comparison may be made between Ansel’s Sierra Junipers, Upper Merced Basin, Yosemite Valley from the same era and that of Robert’s Garden of the Gods, El Paso County, Colorado. Once again there is a similarity in composition and subject but with the latter Adams inclusion of a chain link fence hidden at the shadowy foot of the mountain. Ansel’s image is open and inviting, whereas Robert Adams’ halts and contains the viewers entrance by the fence.
Posted by rstander at 8:30 AM