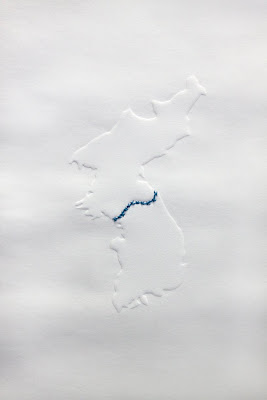 Before I left for Seattle I had a bit of time so I pounded out 2 new prints and a mixed print from previously printed materials.
The first two continue on in the series of contested spaces. The first if Korea with the DMZ embroidered into the paper in a light blue to signify the division and presence of the United Nations. The second, decidedly more local for me are the Dakotas with the Missouri river embroidered in the same light blue. The river is a source of division on 2 levels. In one sense it divides both states into East and West territories. The divide is more than just geography or topography, it is cultural as well. The East side of both states hold most of the two states universities, industry, and population. The rivers are also hotly contested spaces over dams and water flow controlled by the Army Corp of Engineers.
The 3rd print is a new combination of old elements. I made them from the left over Twinkies from the fall and added the embossed flag. Its just a fun combination of imagery. 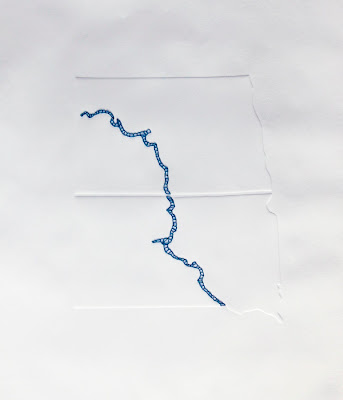 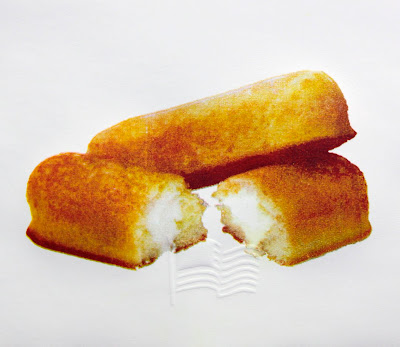 Email ThisBlogThis!Share to TwitterShare to FacebookShare to Pinterest
Labels: Art, contested space, North Dakota, printmaking, south dakota
Newer Post Older Post Home
An axis of access is a sacred place which our life revolves around. We hold them dear in our memory. They thrive in our imagination. They root us to this world. (To read more about the nature of this blog read the originating post from 08.07.07)