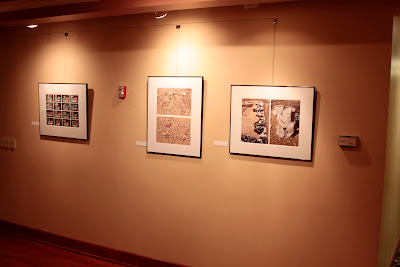 Friday night was the opening for Topos/Chora show. It was a bitterly cold night in Grand Forks but we still had 50 or so brave souls that filtered through during the two hour event.
I was pleasantly surprised with turnout. One never knows how many folks will show up to such and event. It was well attended by art faculty, students, friends, the UND housing dept, as well as the department of history.
Guests were treated to a sneak peek at Ian Ragsdale's forthcoming PKAP documentary (which looks to be a great addition to the ever growing PKAP media venues).
If you missed the opening, the show will be up at the Empire Arts Center in Grand Forks through the end of February. 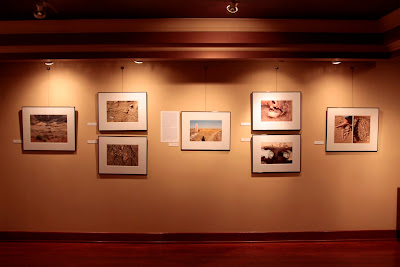 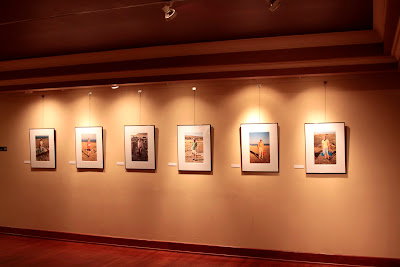 Email ThisBlogThis!Share to TwitterShare to FacebookShare to Pinterest
Labels: Art, photography, PKAP, University of North Dakota
Newer Post Older Post Home
An axis of access is a sacred place which our life revolves around. We hold them dear in our memory. They thrive in our imagination. They root us to this world. (To read more about the nature of this blog read the originating post from 08.07.07)