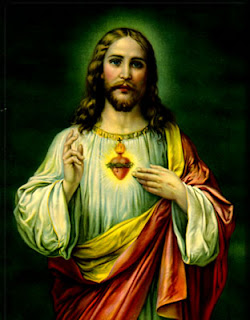 Yesterday I had the opportunity to hear Bill Caraher, history professor at the University of North Dakota speak to the campus ministry groups about the historical Jesus. Earlier in the day he posted on his blog about his intents. While you can read the entirety of his post on the blog, I wanted to interact with a smaller section of it.

"I will emphasize that simply placing Jesus in his ancient context does not necessarily produce a more "historically accurate" depiction of Jesus "the man". In fact, placing Jesus in an ancient context runs the risk of impoverishing the great diversity and brilliance of the Christian traditions which created meaningful images of Jesus throughout the ages. Just as the ancient writers created a Jesus that was meaningful in their context, subsequent generations have contributed their own perspectives on the founder of Christianity.
If post-modern approaches to the past have taught us anything, it is to celebrate the plurality of meaning in the historical record. In the context of the historical Jesus, this opens the door to finding significance in a aspects of the historical figure of Jesus that might have been obscured by accretions of time, scholarly or popular neglect, or the overwhelming pressure of contemporary approaches and concerns. In fact, Christians often observe that Jesus is a figure who transcends time and context. By looking at Jesus historically -- that is through the eyes of history as a dynamic discipline as well as through time -- we have the chance to recognize Jesus in ways that destabilize our expectations, challenge our assumptions, and renews faith."
Bill fully admits his post-modern leanings, if the second paragraph had not clued you into that fact already. What I found interesting in the discussion was his referencing the various "Jesuses" that cultures have created in order to come to terms with the complexity and/or curiosity of who Jesus was (or was not). His contention is that these varieties of Jesus came from a pious attempt to understand rather than undermine. This process has continued up to the present day as various groups within and outside of traditional Orthodoxy grapple with who Jesus was and what that means for Christianity and beyond today. These meanings, or variously "flavored" Jesuses vary by culture and age. Not long ago, Brian McLaren, love him or hate him, pointed out that in his life time he has know 7 different Jesuses: Conservative Protestant Jesus, Roman Catholic Jesus, Eastern Orthodox Jesus, Liberal Protestant Jesus, Anabaptist Jesus, and Jesus of the Oppressed (from A Generous Orthodoxy).

Bill notes, "In fact, Christians often observe that Jesus is a figure who transcends time and context." I think Christians often have a mixed view of Jesus as somehow being a timeless figure untouched by culture...transcending time and place. And yet, we are quick to right former wrongs by noting that Jesus was Jewish in a First C. Mediterranean culture (though most have little to no idea what that means). Trouble seems to appear at every turn. How do we balance a historical figure, with a given context, that proclaimed a "timeless" message, with the limits of our knowledge of that culture, historical accretions, our own cultural biases?

As Bill, Susan and I walked back from the luncheon I mentioned that I felt the chorus of Jesuses were beneficial, if not absolutely necessary. This would suggest my post-modern leanings as well with an appreciation for the dynamics of plurality and my suspicion of genuine knowledge. But what about the timeless message in the Bible? It is there. I am just suspicious of knowing it in a conclusive and modern scientific way. From my perspective, that each of the historical periods, cultural biases, hermeneutical methods simultaneously clarify and obscure who Jesus is. And thus are needed to approximate a dynamic Jesus. The dialogue...the contest for meaning becomes the a central means for grappling with the lively implications of Jesus.

The risk here is that Jesus becomes an everyman where the elusive timeless message and meaning are bent willy-nilly. But again, here the process of constestation keeps Jesus alive and the constituent communities pursuing the depth and breadth of what cannot be fully encompassed.
Posted by rstander at 4:54 PM

Email ThisBlogThis!Share to TwitterShare to FacebookShare to Pinterest
Labels: theological musings, University of North Dakota
Newer Post Older Post Home
An axis of access is a sacred place which our life revolves around. We hold them dear in our memory. They thrive in our imagination. They root us to this world. (To read more about the nature of this blog read the originating post from 08.07.07)