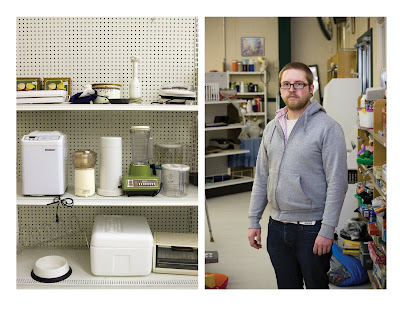 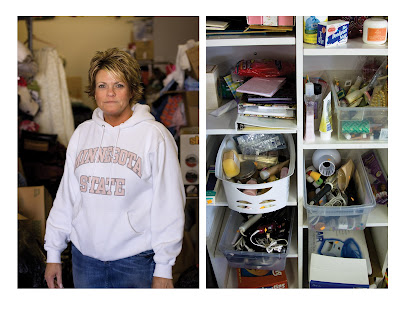 This is the highlight of the series...an unintended turn mid project that added to the confused direction for a while. My project initially suggested a tie between humanity and material culture through our memory. My task was to photograph second hand material culture suggesting an implicit tie to memory. While I appreciated the formal visual nature of the image and the challenge of documenting this culture, it felt incomplete. In my efforts to understand this emerging project I returned over and over the language of narrative. It occured to me that a narrative needs either teller or hearer, or in the case of visual a viewer. I began a series of contextual photographs in the style of Joel Sternfeld and Alec Soth to make the connection between consumer and consumable explicit.
Posted by rstander at 1:48 PM

Email ThisBlogThis!Share to TwitterShare to FacebookShare to Pinterest
Labels: Art, commodified memory, photography
Newer Post Older Post Home
An axis of access is a sacred place which our life revolves around. We hold them dear in our memory. They thrive in our imagination. They root us to this world. (To read more about the nature of this blog read the originating post from 08.07.07)